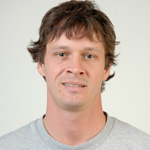 Becoming the number one vert skater in America is no easy feat. In his nine years as a professional skateboarder, Bucky Lasek has surpassed some of the most notable names in action sports to claim this title. But for Bucky, it is just another page in the story of this incredibly talented skater's life.

In his home town of Baltimore, MD, Bucky Lasek (whose real name is Charles) first picked up a skateboard at the age of 12 after his bike was stolen. Soon after he was competing in amateur contests and quickly climbed up the ranks as a professional skateboarder.

Today he is considered one of the world's most consistent skateboarders, with a contest repertoire that includes more difficult tricks than any other skater in competition. Known for his smooth, fluid style, Bucky is a regular in podiums including taking multiple titles at X Games, Vans Triple Crown, Gravity Games, and Slam city Jam.

Off the ramp, Bucky's schedule is packed with appearances, charity events, autograph signings and managing the day to day business of being a professional skateboarder. He has signature trding cards, action figures, and shoes with Vans. He also has pro models skateboards with Element, a pro model helmet with Pro-Tec, and is a character in Tony Hawk's Pro Skater 1-4 and Tony Hawk's Underground 1 video games.

The world may know him as one of the best skateboarders, but Bucky considers being a husband and a father his greatest accomplishment. When he's not skating Bucky enjoys relaxing at home in Encinitas, CA with his wife and two daughters, working on his house, and hanging out with friends.

Career Highlight: Back to back X Games vert gold twice

Hero/Influence: Formula one racer David Schumacher, because he goes all out.

Activities other than riding: Playing golf, working on my house